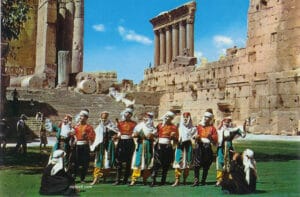 … May God bless my homeland forever …

Share these writings with the world! I’m proud to be Lebanese!

The nature of the Lebanese language to me is a rich, colorful, singing, joyful and deeply warm language. This language was spoken throughout Lebanon up to 900 years before Jesus Christ and comes from the Semitic language Aramaic. Later, several dialects have appeared mainly in the mountains and northern Lebanon, while Arabic is spoken in coastal cities. Towards the 17th century the marriage took place between Aramaic and Arabic. Around the 20th century we added a bit of Turkish and continued to grow by incorporating French and some English.

The resemblance between Arabic and Lebanese is their semantic root. They have a lot in common like words and grammar. As if we compare the Italian and Spanish. The Aramaic language has to give the Lebanese word structure and its warmth.

While having so much love for the pure Arab values and wealth, I say that I speak Lebanese.

Discover celebrities who are of Lebanese descent!

The beautiful Lebanon and its rich landscapes!

Discover the Lebanese beauty in pictures!

Register to our newsletter